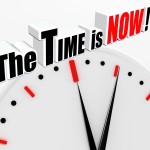 As we approach the mid-point of the year, new requirements are taking effect in many states across the nation. What’s in store for the states where your business operates? See below for a selection of some of the most significant changes that are taking effect July 1.

The period of time that can separate two consecutive periods of disability due to the same or a related cause or condition and still be considered as one disability benefit period under the state’s temporary disability insurance (TDI) law increases from 14 days to 60 days.

In addition, hotels with 150 or more guest rooms or suites of rooms need to pay employees a minimum wage of $15.37 and provide paid time off for sick leave, vacation or personal necessities.

The durational requirement of 30 or more consecutive days of active duty that triggers Uniformed Services Employment and Reemployment Rights Act (USERRA) protection for National Guard members in Idaho is eliminated.

Key employees or key independent contractors in breach of a noncompete agreement or covenant will be presumed to have caused irreparable harm under Idaho’s noncompete law unless they can prove otherwise.

Franchisors will be protected from liability for certain violations by their franchisees.

The state minimum wage increases to $8.75.

Certain individuals and organizations are shielded from legal liability when taking actions based on their sincerely held religious beliefs under Mississippi’s Protecting Freedom of Conscience from Government Discrimination Act.

The earnings subject to garnishment will factor in the applicable state minimum wage, not just the federal minimum wage.

Certain employers may be assessed a penalty of up to $500 for failing to file quarterly state unemployment insurance wage reports electronically.

Large employers must use E-Verify to confirm the work authorization status of employees hired on or after January 1, 2017.

Certain employers must provide leave for employees to donate bone marrow or an organ and to recover from the donation procedure.